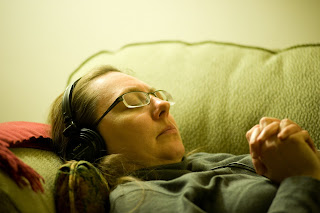 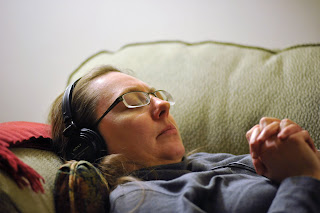 Exact same photograph, but with the color cast corrected... in the body! No PS used in either shot.

Now, let's get to the procedure.

Here I would post photographs of my camera menus and you'd be able to see them just as I do, but since I only have ONE functional digital camera (the other, a small Panasonic, was purchased only to photograph eBay bait), my dear readers will have to contend with my prose.

Try it... and move it to your personal list of most-often used functions, aka "My Menu." Once you've done it often enough, you won't need to correct color in PS again... or at least you won't have to wait until downloading it.

Things one does with a 50mm lens 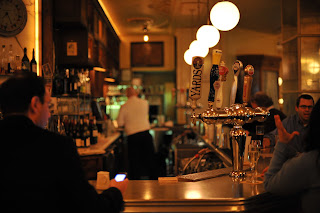 Restaurant in Philadelphia, at night. 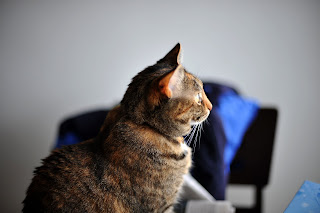 Mimi, looking out the window. 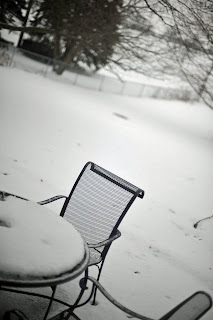 One chair from our backyard, covered in snow.

Posted by Francisco Solares-Larrave at 1:07 AM No comments:

It's been a while

It has been a while since my last post... and in that time, we celebrated Christmas with Edmund, the three of us went to Philadelphia in business (got some shots), and even got some additional toys to play with: a nice Nikon AF 50mm f1.4 lens.

Some results of that lens (among other toys) below.

For instance, I'm not really crazy about the OOF renderings here. Granted, they're great, but I think I got into a much larger problem than with any f2.8 lens. See these things:

First comes a cake (California citrus cake, for those who may care; it's essentially a pound cake) end, photographed with my new AF 50mm f1.4 lens, wide open. 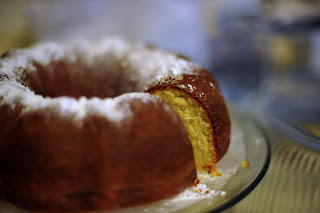 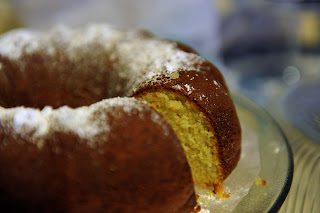 Is there a difference?

To me, yes: it's in the detail of the cake texture. These shots are not, BTW, sharpened or manipulated at all. In fact, I didn't even resize them. At this point, I'm on the fence about this lens... probably because I bought it for the rare ocassions in which an f2.8 won't suffice.

Like this one below... also done with the 50mm lens. 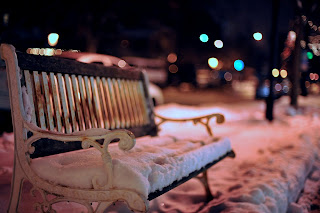 The focus is on the end of the arm, that circular, capricious, metallic image of a curl. The back of the bench is already blurred, and the background... irrecognizable.

After thinking about it for a while, and comparing other (irrelevant) shots, I came to the conclusion that bokeh is an acquired taste. I do have it, but not yet that ever present, or at the expense of a certain amount of sharpness. In fact, I now believe that this lens really shines at f1.8 more than fully open... but, you know what? I'll keep it.

More on toys later. At least, as I reported earlier, my AF-ED 80-2oo f2.8 came back home, like new, from the folks at Authorized Photo Service in Morton Grove, IL. I even got the silly request for a name plate replacement (mine had lost it). They were able to find one, and now the lens looks (and works) better than ever.

Posted by Francisco Solares-Larrave at 8:18 PM No comments: