New photographs from Toledo, Spain, including musicians, artisans, people walking the streets, and the streets themselves.  Let's see something from my this visit. 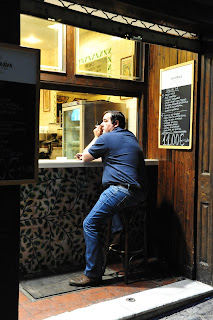 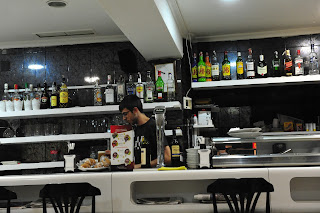 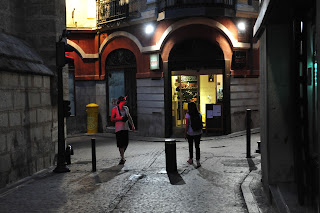 On the "Calle del Hombre de Palo" at night. 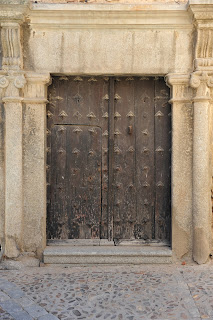 Door in the Jewish neighborhood. 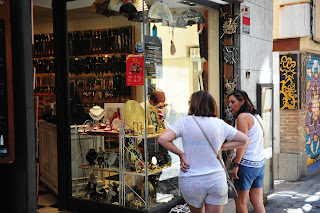 Tourists admiring an artisan at work. 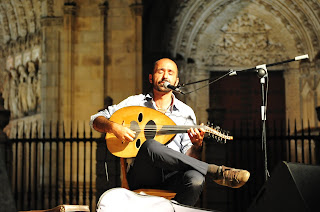 Lute player from the "Grupo Z" playing in the Plaza del Ayuntamiento.  He happened to be part of a group of Greek music, performing that evening... 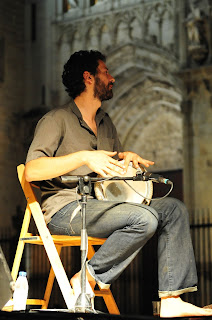 ... Along with this accordion player (algo Greek)... 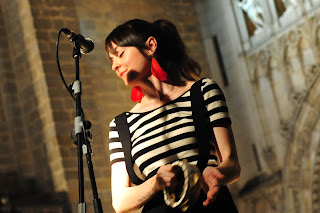 ... and this young lady, who was their singer, and came all the way... 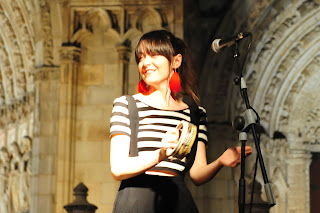 On July 22 there was a tango concert at the café "Virtudes."  I'll post some photographs later.  I also will return with more Nikon D700 images from Madrid, Toledo, Salamanca or Avila (all of these places in Spain), or fresh off the Cornfest in DeKalb (which is coming up), there will be more stuff to talk about here.

Posted by Francisco Solares-Larrave at 4:40 PM No comments:

I'm back... with musicians under different light conditions! These images were all done in May 2016 in DeKalb, with my D700 and 24-70 f2.8 lens.  No flash (of course!) and at ISO 6400.  I concentrated on composition mostly, thinking of getting a photograph that I'd like to see as a CD cover.  The performers are a good, local band, the Barb City Stompers, known for their repertoire of jazz and dixie and bluesy numbers. They're extraordinary performers and very well esteemed in this community. 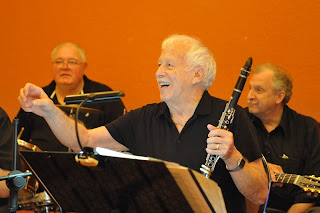 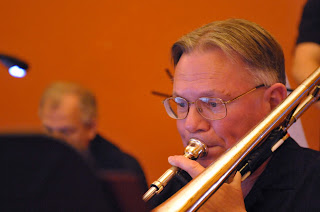 I think I switched the image from FX to DX for this shot. It was the only way to get the framing I wanted. 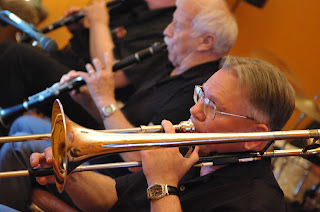 Same here: I went from FX to DX.  Something one can only do with an FX body! 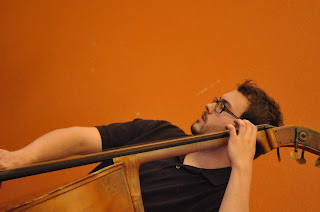 I like the effect of the dead space and the positioning of the player here. Not only is it unusual, it creates a contrast between the background and the idea of the music the player is performing. At least, that's what it does to me. 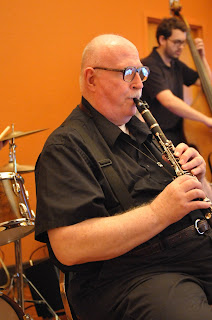 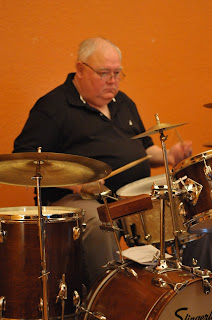 I will come back with another set of photographs from the Barb City Stompers... under very different lighting conditions.  In the meanwhile, let me get my newer Toledo shots ready too!
Posted by Francisco Solares-Larrave at 9:39 PM No comments: