The case for White Balance

Things to learn about white balance...
A few days ago, distractedly, I looked out the window and took this photograph. 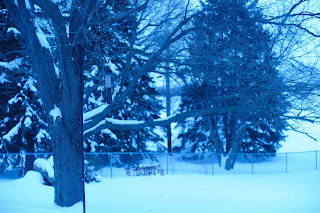 Shortly afterwards, when I looked into the screen, I nearly jumped when I saw the photo above.  Then, I realized that the last time I picked up the camera I had set the Tungsten (white balance, that is, the little light bulb) white balance.  That got me thinking... and wondering what would it be if I used the neon white balance setting. 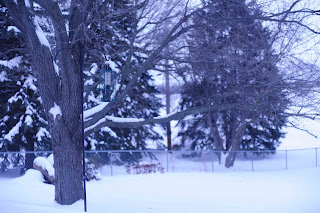 Here it is, only a bit cool, not by much, the Neon white balance seems unnatural.  Does it really need to be this cooling...  Then, I considered another choice, so I dialed it in. 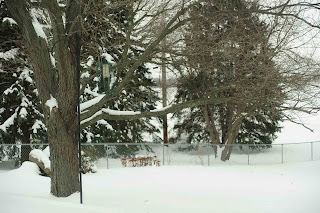 It was the Cloudy setting.  Even though the day was actually cloudy, it doesn't seem that this setting actually helps with the color.  Or am I being excessively demanding here?  Given the circumstances, I switched White Balance to another setting: Sunlight. 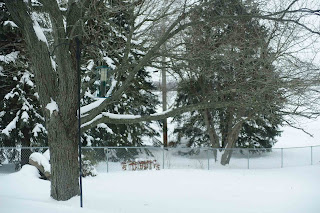 Here's it!  The same image, or at least its idea, in all the glory of Sunlight (that is, the nice sun sign).

Now, I do not intend to show any camera or software flaws, but rather present the things this camera can do if we, users, stop putting our brain on hold and take the reins.

A result of my own experiment is that I have found a satisfactory setting, even cooler than the Tungsten one: I call it the 2500 degrees view.  That's it: for serious tungsten situations, just set the light temperature at its lowest parameter (2500°) and there you go with a perfectly adequate WB for tungsten lights.

More on this later.  Thanks!

"View" to the Rescue 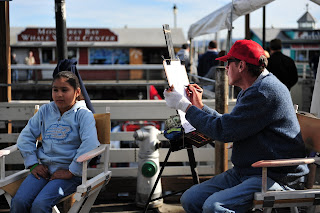 Animal prints in my yard.  The temperature out there was pretty low (same gear)... 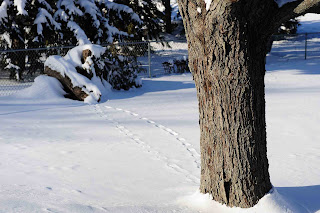 Frozen doorknob inside of a garage (same gear) 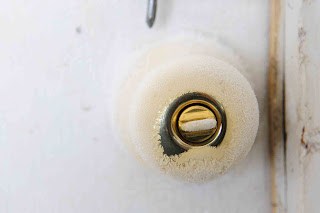 Against my better judgment, I will purchase Nikon Capture, after all, just not right now.
Why?  Nikon View came to the rescue!
While I am able to open RAW files with Photoshop Elements 6 (the latest one for Macs), I cannot save them as regular JPGs, but only as a format called JPEG2000, which has a strange extension: .jpf.  I don't know how valid and useful it is for web purposes.  Of course, I can also save files as TIFFs, but frankly, I don't know what advantage these ones have over JPGs.
In any event, at some point, recently, I opened a RAW file with Nikon View, and was able to save it as JPEG.
The truth is that since View seems to be one more image editing program, along with PS and Nikon Capture, I wonder about the real need to use Capture and add it to my computer.  However, once I buy it, I may be able to remove it or keep it...
And, of course, I'll have to add memory to my machine.
Now, I'm taking a look at a serious book about PSE in the Mac, and hope it'll show me how to save better jpegs.
BTW, more about the D700 next time.  I have some mildly interesting experiments with WB, and I intend to apply the results later.  Who knows?  I may have it all ready very soon.
Posted by Francisco Solares-Larrave at 11:32 AM 2 comments:

Should I "Capture" or not?

I have a question, or a dilemma, rather. Should I buy the Nikon Capture Software? 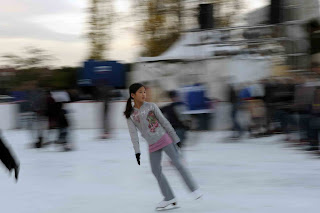 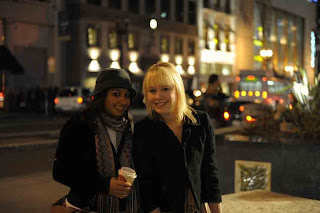 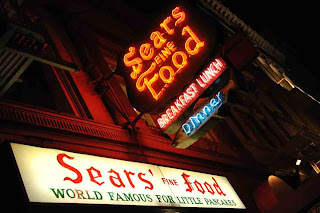 Sears, near Union Square, where they come up with delicious breakfast food.
All the shots above were taken with my D700 and my 24-70 f2.8, at very high ISO.  If Nikon ever did something good with the D700, it was this glorious performance at ISOs above 3200.
But I won't keep gushing about the camera or the lens (which has its drawbacks, but I'll elaborate on them later).  I need to hear what others have done.  Right now, I'm thinking seriously about NOT buying the Nikon software, Capture NX 2, as I have updated my Photoshop Elements version to handle RAWs from the D700.  With a plugin recently added, PSE can actually open Nikon's RAW files, and I can resave them as TIFFs that later get turned into JPEGs (like the photographs above).  There is one feature of Capture that I like: the famous D-Lighting.  It's a lighting "smart" fix that comes in handy to have for the cases in which I haven't applied it on the image while editing in the camera.  Otherwise, unless D-Lighting work as the Auto Levels in PSE, I feel pretty much like I'm ready to face the RAWs.   In fact, I'm more familiar with PSE (and find it a little more intuitive) than with Capture NX2.
So far, the D-Lighting is the only pro about Capture NX 2.  As for its drawbacks, I must say that it does slow down your computer, that the menus and functions are, at least in my little experience, pretty similar to those in PSE, but without the intuitive quality.  Since I can open RAW files by clicking on them (in both of my Macs, one with Tiger and the other with Leopard), I frankly feel like the one and only virtue of Capture got cancelled.
What do you think?
Posted by Francisco Solares-Larrave at 10:59 PM 3 comments:

This is, like all SanDisk cards, a very efficient and fast one, perfect to use with my Nikon D700. It's well made, and have no complaints to register. Besides, I got it for a very good price!

More of my town 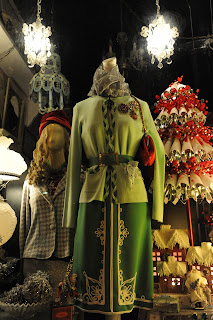 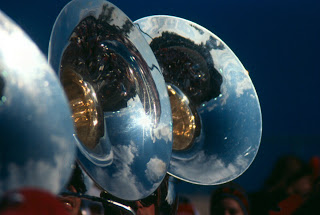 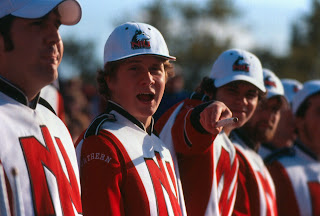 Some band players see me with my big gun of a lens... 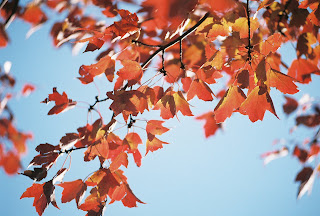 The nice red leaves in our backyard
Here we go again... DeKalb shines!   Digitally and in film.
For the gearheads, the top shot is digital, done with this Nikon D700 I blog about.  Given the weather conditions (still above 0° F but below what Nikon sets as the camera's lowest tolerance), I was glad it didn't die on me.
Then, the football shots were done with my Nikon F5 and a Tamron AF 200-400 f5.6 monster that I own, on ISO 400 film.  It was sunny, it was bright and our team won, but man, was it windy...
The last is also with the same film rig as the others above.   I wonder what the color rendition of the D700 will be like: stronger or more discrete than film?
And, speaking of this camera, I took it to a trip to California, which, of course, will be the subject next time (coming very soon).  Until then!
Posted by Francisco Solares-Larrave at 11:35 PM No comments: