Some time ago I read this sentence about Paris: "If we didn't have Paris, we'd have to invent it."  I first laughed, but then had to stop and think about it because, in the end, it's true.  Paris, as a city, seems to be the model and center of everything that's refined, urbane and sophisticated... even if it is (or perhaps especially when it is) about art and la vie bohéme.  For that, we have the hill of Montmartre in Paris, dominated by the great Sacré Coeur church. 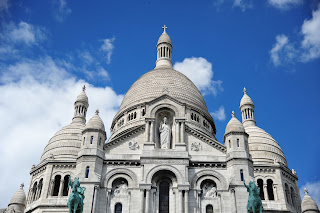 The facade of Sacre Coeur, with a gorgeous sky as background. 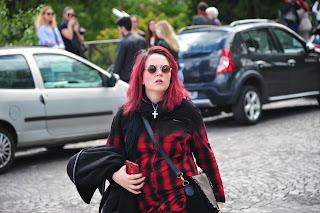 From the steps in front of Sacre Coeur, with a lens not too long, one can capture a multitude of human types.  She struck me because of the color of her hair, which shows a lot of attitude in a place that values it.. 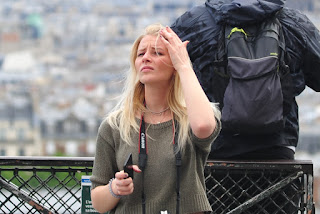 Must admit this is a cropped shot. She had revised her photographs several times in her camera screen and then she tossed her head and hair with some impatient gesture. 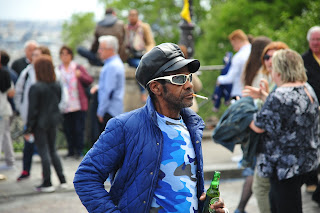 The man has some cool shades... 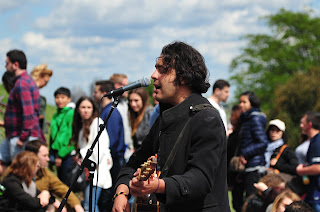 This man decided to give an impromptu concert on the steps.  He performed several popular songs in English and French, and whenever he didn't know the lyrics or forgot them, he just screamed "blah, blah, blah!" and the crowd roared.  Not something he could do for a paying audience, but then, we were in Paris, on the steps of Sacre Coeur, enjoying a beautiful afternoon. 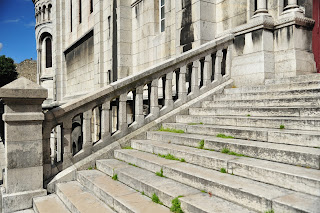 Side entrance to Sacre Coeur. 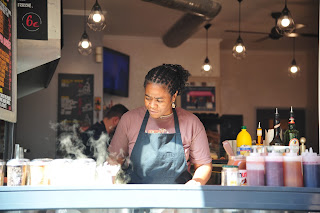 Crepe maker at a place near the Place du Tertre (I believe). 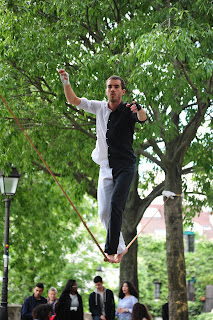 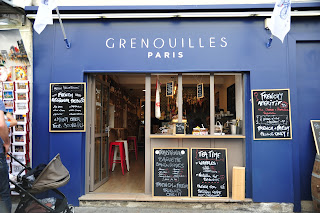 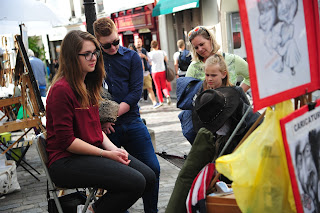 The girl in glasses was being portrayed as a cartoon by the man in the hat. She heard the shutter of my camera and didn't seem too pleased about being drawn and photographed at the same time. She wasn't alone; lots of people were having their likenesses done by local artists and I admit to having thoughts about it too. 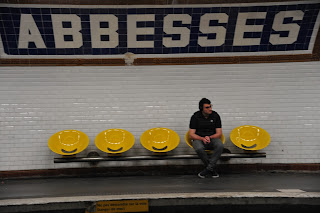 Scene on our way back home, at the Abbesses metro station (the deepest in Paris). 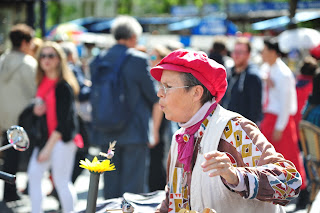 Thanks for reading this far!  Soon enough I won't have internet access but for as long as I have things worth taking a look at, there'll be something here.

Posted by Francisco Solares-Larrave at 6:16 AM