Well, I didn't really plan on doing this when I typed the last paragraph of my previous post, offering more images from Spain. I had already planned on traveling to Paris this summer (it's our 25th anniversary after all), but instead of packing my puny Fuji X-Pro 1 as I had initially considered, I chose the Nikon D700 in the last minute.  This is a city worth the pain of carrying a large rig, just to get the images I want, as opposed to capturing images that will leave me unsatisfied.  So, without further ado, here are some early testimonies of my travels with my Nikon D700 (this time, with the AF-S 24-120 VR f4 beast... just as beastly as the AF-S 24-70 f2.8 I have, but with a bit more reach).


Icon of Paris, the Eiffel Tower, in front of the Trocadero Palace. 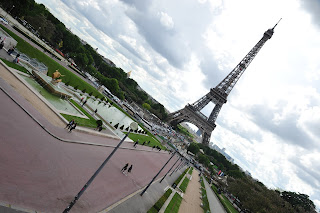 Here comes another view, this time including the Pont de Iena. 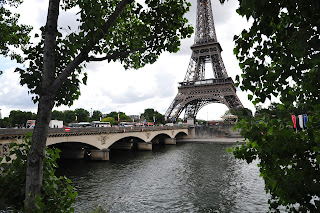 Upon arriving to the Hotel de Ville... 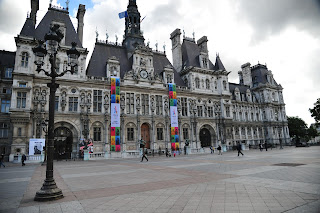 I spotted this young lady and decided to try my lens at its longest.  See the result: 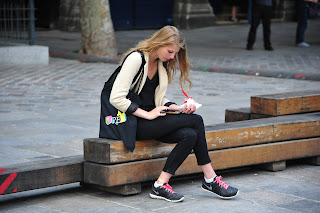 From the Hotel de Ville en route to Notre Dame I decided to photograph La Conciergerie. 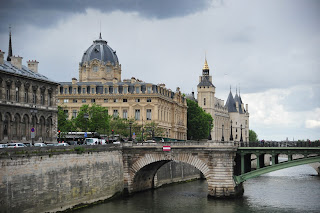 Waiting in line to enter Notre Dame... and here are its magnificent bell towers (with 2/3 overexposure). 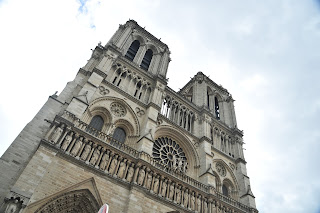 I admit my shots aren't even postcard quality, but then, I don't pretend to sell them either.  My intention is to capture what I see as quirky, unique and singular in this beautiful city... things like the two ladies below, who were taking each other's photographs in front of the church. 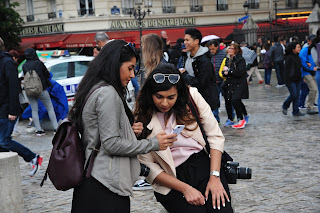 That was a long walk for me (not for the family, their feet are made for walking), but fortunately it wasn't fruitless.  I continued with them to the Quartier Latin (home of the Sorbonne), in which streets and store fronts have a unique look to them. 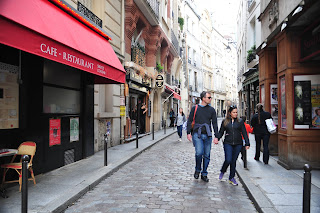 This is the Rue Galande. 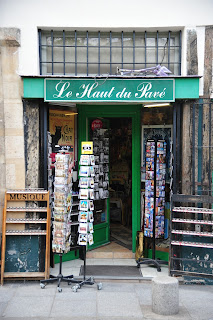 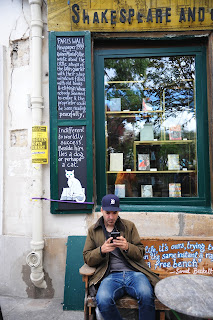 Man in front of the Shakespeare and Co. bookstore.

That's all, folks, for now!  I promise to return soon with more images.  In the meanwhile, let's add a touch of class... 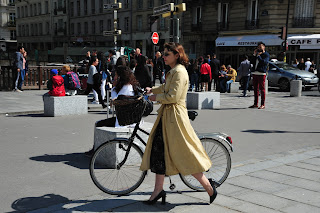